Most of the 260,000 foreign tourists who visited North Sumatra in the pre-pandemic year of 2019 arrived at the international airport at Medan, the island’s biggest city and the biggest Indonesian metropolis not located on Java, the country’s most populated island. From the airport, it is at least a four-hour drive along bumpy roads from there to Lake Toba, one of the most beautiful places in one of Asia’s most beautiful countries.

Visitors often find themselves wishing that the journey was shorter and less arduous. But they should be careful what they wish for. A shorter route has been promised for more international arrivals, with the expansion of a small airport on the southern shores of the lake. In 2019, it was announced that annual passenger capacity would double to 1 million passengers a year by 2021, which would imply multiple international flights daily. There were just three a week when I visited in late 2019.

When the airport is ready, the journey to Samosir, an island in the lake where most of the limited accommodation is located, will take around an hour. But what will happen to Lake Toba?

It is easy to feel a little superior when you think you have discovered a tourist destination that is off the regular track, and that was how my family felt about the ocean-blue waters of Lake Toba. To us, Samosir — 50 km long and 15 km wide — was a magical island and the perfect place to get away from it all. We walked in the lush green hills, sat by the lake, and watched the fishermen enjoying cold Indonesian beers as the evening sun dipped over the water.

There is a natural desire to tell people what a great time you had, and to send more business the way of those who helped you make the most of your visit. But there is also a selfish fear that when you go back in, say, five years’ time, everything will have changed.

It’s not just the expanded airport that threatens this idyll. An even bigger threat could be posed by Indonesian President Joko Widodo’s «10 New Bali» initiative, announced in 2017 to develop relatively unknown locations with tourism potential, reducing the tourism industry’s dependence on Bali, the country’s best-known holiday destination, where tourism accounts for about 80% of the local economy. 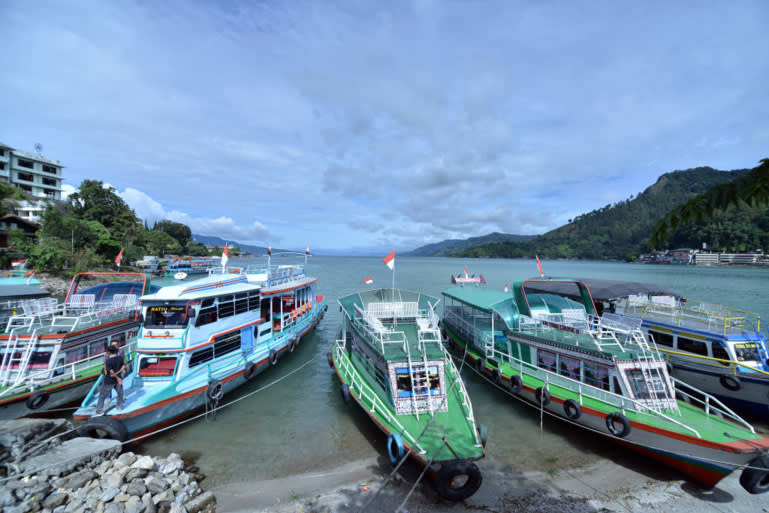 Passenger ships are seen waiting for costumers in Parapat in 2017. Concerns were being expressed even before the pandemic about the perils of over-development around the Lake Toba in northern Sumatra.

Widodo’s aims are large scale — to double tourism to about 8% of gross domestic product, increase foreign exchange income to $18 billion a year from $12.5 billion, and raise tourist industry employment to 13 million people from 10 million.

In 2020, though, Indonesia was visited by coronavirus instead of tourists, and the plans for 10 new Balis have barely gotten off the ground. From January to October 2020 just 187,696 passengers arrived at Medan’s airport compared to 897,211 in the comparable period in 2019. For much of the year, hotels and restaurants were closed on Lake Toba.

As a result, the proposal for 10 new tourist super-resorts was…