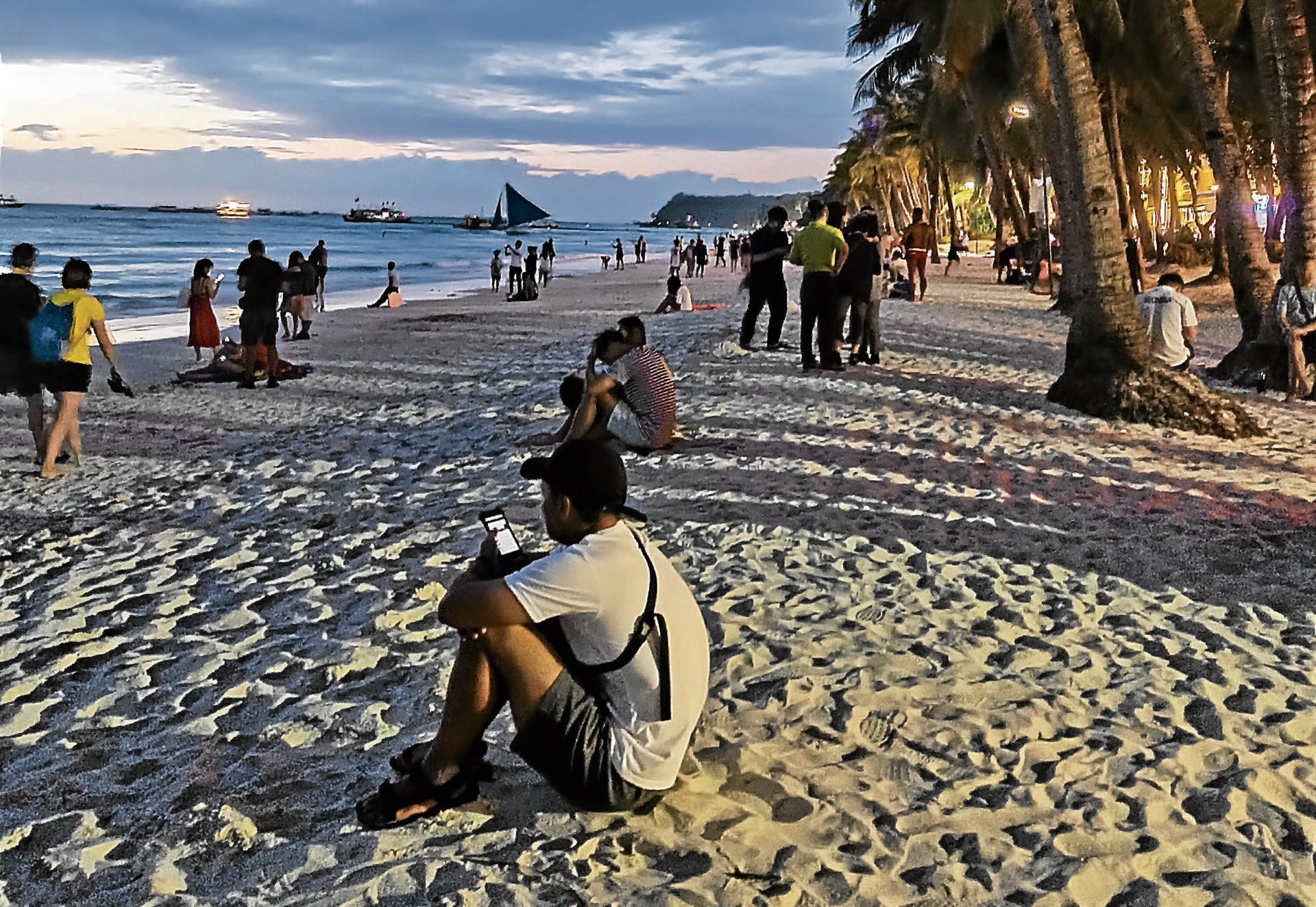 ILOILO CITY—Officials of Aklan province are hopeful that foreign tourists will be allowed back on Boracay Island within the year as the rollout of COVID-19 vaccines continues.

Aklan Gov. Florencio Miraflores said the island’s Korean market is already preparing for the reopening of the island to foreign tourists.

“They are already negotiating with hotels [in Boracay] for their eventual return but this is still subject to approval of [national authorities],” Miraflores said.

He said the local government was also working with the Department of Tourism for the possible setting up of a travel bubble comprising Boracay, South Korea and China.

The island reopened to tourists from Western Visayas on June 16 last year and from other areas in the country by Oct. 1.

Miraflores said there had been an increase of tourist arrivals.

Daily tourist arrivals range from 40 to 100 last year but significantly increased this year, reaching about 1,000 daily.

Tourist arrivals before the pandemic ranged from 3,000 to 5,000 daily.

Tourist arrivals in October last year reached 2,630 and increased to 4,154 in November.

Boosted by the holiday season, tourist arrivals last December reached 15,307 before declining to 11,898 in January this year and reaching a new high of 16,487 in February.

Tourist arrivals in March are expected to set a new high with 16,412 visitors as of March 21.

On March 19, the first day when the saliva COVID-19 tests instead of swab tests were required, 1,056 tourists visited the island, the highest in a single day figure since June 16.

The Boracay Inter-Agency Task Force last week approved the proposal of the local government of Aklan and business groups to require saliva COVID-19 tests because these were cheaper and results are faster to release compared to the swab tests.

Business operators said the requirement of a negative swab test result 72 hours before tourists travel to the island had discouraged more visitors.

Miraflores said they had also appealed to the Inter-Agency Task Force for the Management of Emerging Infectious Diseases to prioritize tourism workers next to front-line health workers and the elderly in the COVID-19 inoculation.

He said this would help the island recover from the severe economic impact of the pandemic. —NESTOR P. BURGOS