British tourist, 25, faces four years in a Bali jail after ‘refusing to pay a hotel bill he claimed to have already settled and then going on the run’

By Charlotte Mitchell For Mailonline

A British tourist is facing four years in jail after refusing to pay an almost £200 hotel bill, claiming he had already settled it online.

Scott James Deakin, 25, ran up the 3.7million Indonesian rupiah bill (£197) at an unnamed hotel in Kuta on the island of Bali.

He reportedly stayed at the hotel between July 21 and August 1, claiming to have booked the room through travel website Agoda but hotel staff said the payment had not gone through and that his card had expired. 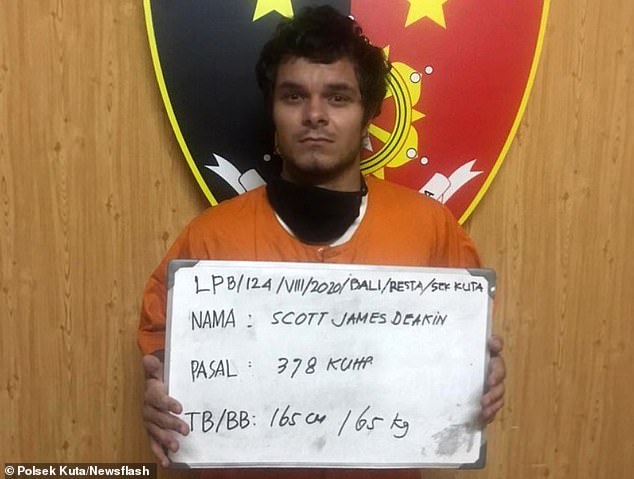 British tourist Scott James Deakin, 25, is facing up to four years in a Balinese jail on fraud charges after fleeing an unpaid hotel bill

‘Then the suspect made another booking and the same thing occurred. The suspect insisted that his credit card was still valid and that he will sort it out with Agoda,’ Made Putra Yudistira, head of the crime investigation unit at Kuta sub-precinct, said.

At this point, the holidaymaker promised to wire the money for the bill.

Instead, Deakin vanished from the hotel on August 1, leaving his belongings behind. 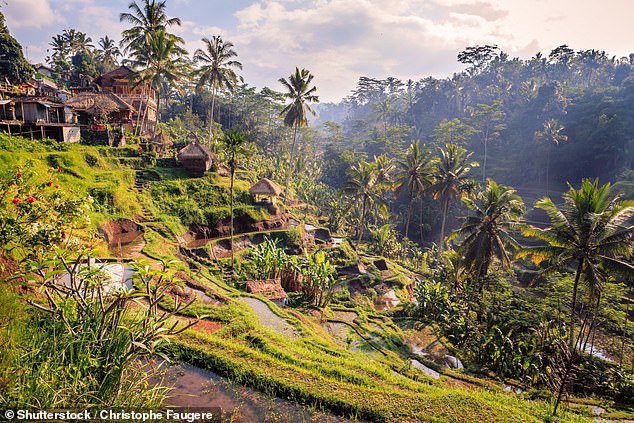 Last month, the hotel filed a criminal complaint, prompting police to track down and arrest the British tourist on Sunday.

Deakin is now in police custody awaiting trial. If convicted of fraud, he could spend up to four years in prison.

Read More: British tourist, 25, faces four years in a Bali jail after going on the run over